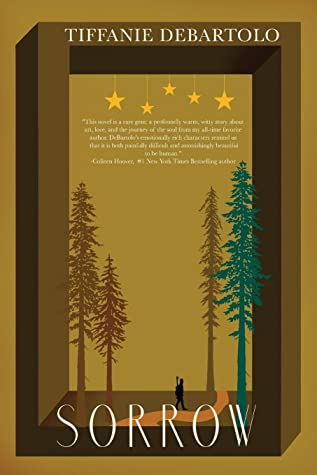 I was 12 when I finally read about a character with a disability.  I immediately felt a connection with Colin Craven from Francis Hodgson Burnett’s 1911 classic The Secret Garden because I was born with Cerebral Palsy, a movement and muscle disorder that affects my legs.  Here was a fictional character that wore orthotics and used a wheelchair. While I felt validated at first, that sentiment began to sour with age as I began to notice how the author’s word choices and plot decisions did more to perpetuate society’s negative view of people with disabilities.

When readers first meet Colin, he is purposely closed off from the rest of the Misselthwaite residence and bed-ridden. For a majority of the novel, he is a spoiled, self-pitying child who refuses to believe that anything can be done to improve his quality of life or that he can live a fulfilling existence if he so chooses. That is until his cousin shows him how tending to a garden can act as an outlet to heal.

As the secret garden grows, Colin’s physical form gets stronger as well. He even remarks, “Now that I am a real boy—my legs and arms and all my body are so full of Magic that I can’t keep them still” (Burnett, 1911, p. 202). This line reveals an assumption that people with disabilities, visible or not, don’t have value unless they’ve been cured.

For many, however, a disability is either something they’re born with or it’s been acquired later in life. It cannot be magically “fixed”, as Burnett’s novel would suggest, and to imply that people with disabilities need to be fixed in order to live a meaningful life is extremely harmful.

According to a 2018 report from the Annual Disability Statistics Compendium, people with disabilities make up approximately 13.2% of the U.S. population (Institute of Disability, University of New Hampshire, 2019, figure 1). That’s about 40 million of us!

Why don’t we see this incredibly large community reflected positively in fiction?

From my perspective, characters with disabilities are often relegated to roles such as the best friend or villain who ultimately helps motivate the main (typically able-bodied) character. They are presented as individuals who view themselves as defective or exist in a constant state of displeasure. But, perhaps the most damaging aspect of literary representation for people with disabilities lies in the endings we’re given.

I’ve come across multiple stories in which the disabled character is either killed off or commits suicide. The best-selling romance novel Me Before You by Jojo Moyes received a wave of criticism after it’s main character, a man with Quadriplegia, dies by assisted suicide. In an article for The Guardian, Ryan Gilbey writes about the 2016 movie adaptation that incensed the disability community and places a spotlight on poor representation in films, too. Our cultural view of disability will not change if these horrific messages persist across all mediums.

On the bright side, with the help of social media, readers are demanding that things change. They are actively seeking out books with better representation. Taking it a step further though, we need to encourage writers to create stories and characters that more accurately represent the diverse world we live in.

If you are interested in learning more about disability representation in literature, I recommend Disability in Kidlit, which features reviews, discussions, and interviews that hope to spread awareness.

Which books do you believe accurately portray people with disabilities in a positive light?

And to my younger self, I’d tell her that Colin paves the way for better representation. She, along with others, have the ability to create those characters if they choose.

Houtenville, A. and Boege, S. (2019). Annual Report on People
with Disabilities in America: 2018. Durham, NH: University of New Hampshire, Institute on Disability.

Gilbey, Ryan. (2016, June 2). ‘I’m not a thing to be pitied’: the disability backlash against Me Before You. The Guardian. Retrieved from https://www.theguardian.com/film/2016/jun/02/me-before-you-disabled-backlash-not-pitied

JasonTLow. (2016, January 26). Where Is The Diversity In Publishing? The 2015 Diversity Baseline Survey Results. [Blog post]. Retrieved from https://blog.leeandlow.com/2016/01/26/where-is-the-diversity-in-publishing-the-2015-diversity-baseline-survey-results/

2 thoughts on “When Representation Falls Short: Disability in Literature”